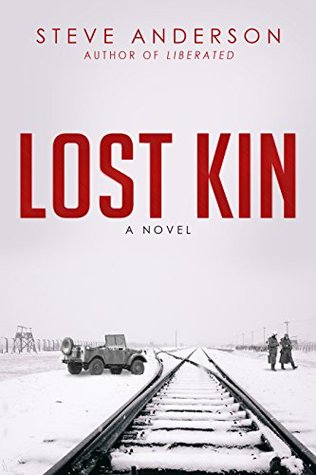 After the events in Liberated Harry Kaspar has been relocated to Munich. As he enters the final weeks of service as an administrator for the military government, his life is good. He resides in a nice house with cushy amenities, has a former WAC girlfriend, and the locals appreciate his efforts to restore some semblance of pre-war normalcy. And then a cop shows up on his doorstep one night informing him that there's been an incident and his brother may be involved. Having not seen nor heard from his brother for several years, Harry's interest is piqued, though for a German-American, he knows this could be a scam, or worse. What follows is an investigation into a murder, black market sales of the spoils of war, and old scores that demand to be settled in blood.

There are elements of noir in this story. Harry's girlfriend has a bit of femme fatale to her which both excites and worries him. Meetings with informants take place in dark alleys and secluded rooms, forcing Harry to always be alert for the double cross. The atmosphere of downtrodden Munich is leaden with cold autumnal rain and early snow. And the American military government is seen through a lens of world weary cynicism.

She knew so many majors, colonels, and generals, all rearguard types who'd never seen combat but rode desks like gladiator chariots except their shields were their puffed-up chests done up with medals of every color, the swords their sharp tongues and stern memos, the feints and thrust their back-room whispers and leaks applied with extreme prejudice. Opponents cowered, colleagues awed, and mistresses swooned.

As with Liberated, Anderson has done the research. The deal that FDR and Churchhill made with Stalin in Yalta would soon turn out to be a Faustian bargain. I don't want to spoil it, but Anderson explores an aspect of that here as a way for the two brothers' paths to cross again.

Lost Kin is a strong finish to the Kaspar Brothers trilogy. The noir elements spice up the intriguing plot, and Anderson's characters are well-developed. I got caught up in their predicament as Anderson entwined their fates with historical events. I'd recommend the series as a whole for WW2 historical fiction fans looking for something different from that time period.