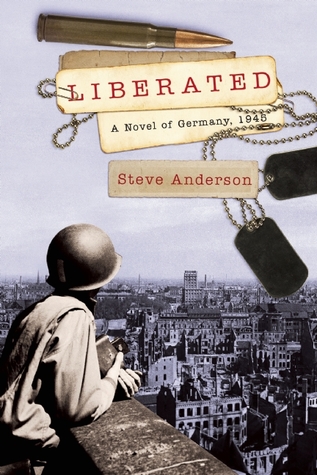 In the early days of post-war Germany, Captain Harry Kaspar has been assigned by the US military government to oversee recovery efforts in the town of Heimgau. Unfortunately, the post is already occupied by Major Membre. It seems that the office that assigned Membre supersedes the one that picked Kaspar, and obviously the major outranks the captain.

Kaspar and Membre butt heads from the start. Besides smarting from missing out on the position that Kaspar feels should've been his—he trained for it after all—Membre comes across as a self-serving opportunist, more interested in personal gain than helping this Bavarian town start over. Kaspar heads off in a huff to survey the town when he discovers three German men lying in the road, evidentially tortured and murdered. He now has a mystery to solve.

With the aid of Katarina, a former German actress, Kaspar navigates black markets, systemic corruption, the aftermath of the Holocaust, and a disgruntled conquered populace in an effort to solve the murders and right some wrongs, all while trying to avoid getting killed.

Anderson's story was born out of research he did in Munich to get his master's in history. Besides touching on prejudice towards German-Americans stateside, the book calls attention to Allied looting in post-war Europe. While it might be dismissed as stealing from Nazis, it should be noted that the Nazis stole it from innocents. Be sure to check out the afterword to get an idea as to the extent of the theft.

While the story was intriguing and rooting for Harry was easy, Liberated didn't resonate with me quite as much as the previous work—The Losing Role, a story about Harry's brother Max who fought for the Germans—did. I feel that certain characters weren't as developed as I think they could've been. Still, I liked it and plan on reading the next book in the series.