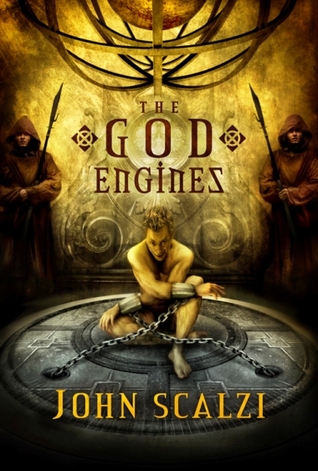 Captain Ean Tephe is a man of faith, whose allegiance to his lord and to his ship is uncontested. The Bishopry Militant knows this—and so, when it needs a ship and crew to undertake a secret, sacred mission to a hidden land, Tephe is the captain to whom the task is given. Tephe knows from the start that his mission will be a test of his skill as a leader of men and as a devout follower of his god. It's what he doesn't know that matters: to what ends his faith and his ship will ultimately be put—and that the tests he will face will come not only from his god and the Bishopry Militant, but from another, more malevolent source entirely

"It was time to whip the god."

Now that's an opening line! It grabs hold of the reader (this one anyway) and immediately begs the question: What the hell is going on here? Aspiring authors should take note. Actually, I've noticed that some established authors should make note of it as well.

Scalzi is noted for writing science fiction. Although this story mostly takes place on a starship, it's dark fantasy. There are no sci-fi elements other than the starship and a bit of interstellar travel. Space fantasy, perhaps. It is a distant cousin to the Barsoom saga in terms of genre. But don't go expecting a Burroughs-style adventure; this is much darker.

Being just a novella, the pace feels a bit rushed. Backstory for the characters is hard to come by, so every tidbit that Scalzi shares is valuable. If the page count had been doubled, Scalzi could've gone into more detail about this strange universe where faith powers technology, maybe revealed more detail about the setting and how things work. But maybe that's a good thing as Scalzi just sticks to the molten core of this story, and more detail might slow things down too much.

The conflict between Captain Tephe and Priest Andso is well done. The two are locked in a power struggle and clash often to see who will come out ahead. All the while, the aforementioned god taunts Tephe, assailing his faith. Both interpersonal relationships maintain the tension until the first contact meeting with a heathen people, when Scalzi reveals his hand (I must say, I was caught off guard). From there it's a mad dash to the book's bloody conclusion.

It was nice to see Scalzi break from his established style and go dark. I can see why the novella was nominated for a Hugo. 4.5 stars.

A slightly shorter version of this review appears on Goodreads. 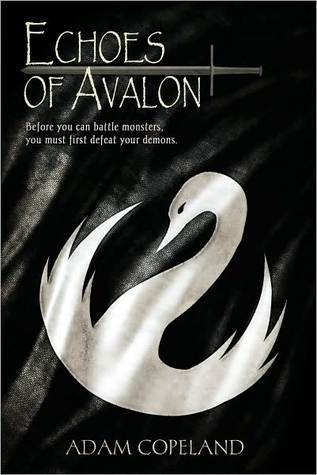 Patrick Gawain knows monsters. He's seen plenty of the human sort in the Holy Lands, and as he sails home from The First Crusade, a hooded apparition begins to stalk him. Convinced that he's lost his mind, he holes up in a monastery to convalesce and, if recovery proves impossible, to hide his demons from the world. But a stranger comes to find him and presents a barely credible invitation: travel to Avalon and serve with the Avangarde, an order of knights sworn to protect young scholars from around the world.

Thinking it will be a fresh start, Patrick agrees, and soon discovers that Avalon is more than a myth; it is the site of a vibrant secret academy - and it's also full of ghosts, goblins, and talking wolves. He can capably protect the castle from the island's supernatural beasts, but in the relative peace of the academy life, his hooded demon returns and his troubled heart causes him to sabotage the love of a young woman, Katherina. When an ancient being with sinister designs for the island infiltrates the academy, Patrick is the first to suspect its true nature when it begins its quest by seducing Katherina.

Patrick soon learns that before he can defeat monsters, he must first defeat his personal demons.

This was a tough book to finish, but after taking a break midway through, I was able to get it done. It could've used a developmental edit to whittle out 150-200 pages. Why is that? Well, as someone complained in the Goodreads comments, nothing happens for the longest time. This isn't epic fantasy. There's no great quest. It's clearly not Arthurian legend. It took forever to even learn who the villain was. This is a character driven story, and that's generally incapable of supporting a 500+ page novel.

At first, I thought this was going to be a story about a knight with PTSD, suffering from what he witnessed during the Crusades, but then the hooded apparition and Gawain's dwelling on the war disappeared from the story. It was replaced by day-to-day life on Avalon, which turned out to be rather mundane given the mysterious opening regarding how one gained access to the island. It all seemed like so much soap opera: Which knight is courting which lady? Will Gawain ever realize the affections of a certain handmaiden?

The villain arrived late and was more annoying than threatening. His relationship with his minion, Minion, was like watching a Saturday morning cartoon in the 70s. I won't say his name as that would certainly spoil it for future readers, but it's a name that carries a lot of literary baggage. The villain's origin story in the middle of the novel was wholly unnecessary as it didn't change my opinion of him nor enlighten me to his motivations. A shorter version could've worked as a prologue in a shorter novel, but randomly dumped in the middle of the book was too much, too late.

I would give this 2.5 stars if that were possible on Goodreads. I rounded up to three as Copeland shows that he firmly grasps characterization (I stuck with the story because I cared about Gawain). He's also capable of fine world-building and garnishing it with the proper descriptive prose to render the scene, even negative ones—the opening scene on the boat stirred up a recent seasickness memory. He just needs the right editor to tighten the narrative and make it less tedious.

This review previously appeared on Goodreads. 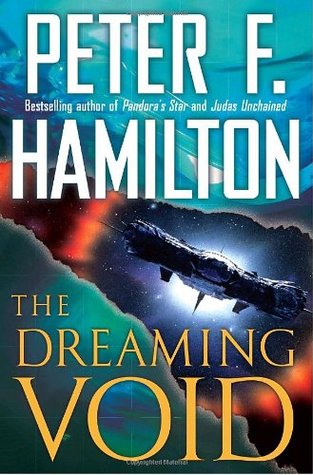 I don't give up on books; I always see them through to the end. I came close to quitting Rainbow's End, but I stuck with it. But not this time. 80 pages in and I'm done.

When I ran an indie book review blog, I had a simple system set in place. If the blurb piqued my interest, I'd read the first chapter to see if I was hooked. It was a good system, but not perfect. Some clunkers got through. Apparently, I need to apply that same system to traditionally published books. Blurbs (and Goodreads recommendation engines) aren't enough.

The opening sentence was a dud. The Prologue was dull. Every single bit of writer's advice that I've heard and read states that you have to hook your reader with the first sentence, the first paragraph at the very latest, but this doesn't do that. The first sentence:

The starship slipped down out of a night sky, its gray and scarlet hull illuminated by the pale iridescence of the massive ion storms that beset space for light-years in every direction.

Pretty, but not exactly hook worthy. The rest of the Prologue describes this guy's arrival at an scientific observation post and then his attendance at a party. When he's tired and had his fill of socializing, he goes to his quarters to sleep. And then he has "the dream." End of Prologue. I think "the dream" was meant to be the hook.

The book blurb says that said dream was of a paradise that lies within the spatial anomaly that the observation post has been studying for centuries. This is the fantasy setting that people have referred to in the Goodreads comments. Apparently the dreams spawned a religion and everyone wants to migrate there. But why? Magic? These people already benefit from FTL spaceships that reduce travel time to distant stars to mere hours and have all the body modification abilities that transhumanist wannabes could possibly desire. I found it lacking. Maybe transhumanists in the future are bored (spoiled?) with centuries long lifespans and want more.

There wasn't any action until page 57, and it came out of nowhere. Everything was character introduction and gee whiz fantastic tech. The character who participated in the action scene never revealed any indication in his previous scenes that he was anything more than a pilgrim just chillin' before the big trip. I had trouble forging any sort of connection with the characters. I felt lost and bored, struggling to read more than five pages at a time.

If I'm reading Hamilton's bibliography correctly, this was his 11th novel. His publisher must figure that he's got his audience. No need to mess with the formula; it works. No hooks necessary. The man is the hook.

Even though I didn't like the book to this point, I'm giving this at least two stars for world building, pretty prose, and—I'm going to make an assumption here—an intricate story. With the right audience, it works. However, I'm not that audience. And that's a pity. I'd read "Blessed by an Angel" and I was keen to explore the worlds he created. Now, not so much.

This review initially appeared on Goodreads.