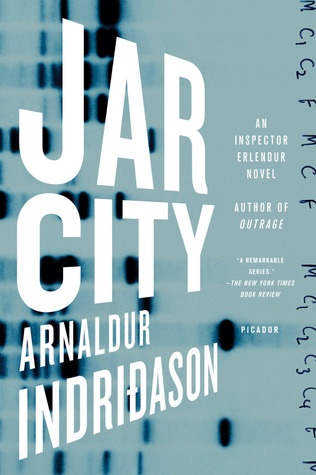 When a lonely old man is found dead in his Reykjavík flat, the only clues are a cryptic note left by the killer and a photograph of a young girl's grave. Inspector Erlendur discovers that many years ago the victim was accused, but not convicted, of an unsolved crime, a rape. Did the old man's past come back to haunt him? As Erlendur reopens this very cold case, he follows a trail of unusual forensic evidence, uncovering secrets that are much larger than the murder of one old man.

Originally published in 2000, it was a bit weird encountering police detectives who were new to the Internet and all that it had to offer back then. By contrast, the whole gene sequencing angle still felt fresh.

Unfortunately, too much of the story was "told" rather than "shown." For those of you unfamiliar with the "show, don't tell" advice given to writers, it's a bit like the difference between attending a concert and having someone tell you about it because you couldn't go. I wanted the author to bring me into certain scenes so I could experience what was going on between the characters rather than being given a summary of what happened. And these were interesting characters! I really wanted to get to know them and their relationships with each other, but Indriðason kept me at a distance too often. It left me feeling a bit disengaged from the story.